Posted by Green on November 1, 2020
in rock
as Bruce Springsteen 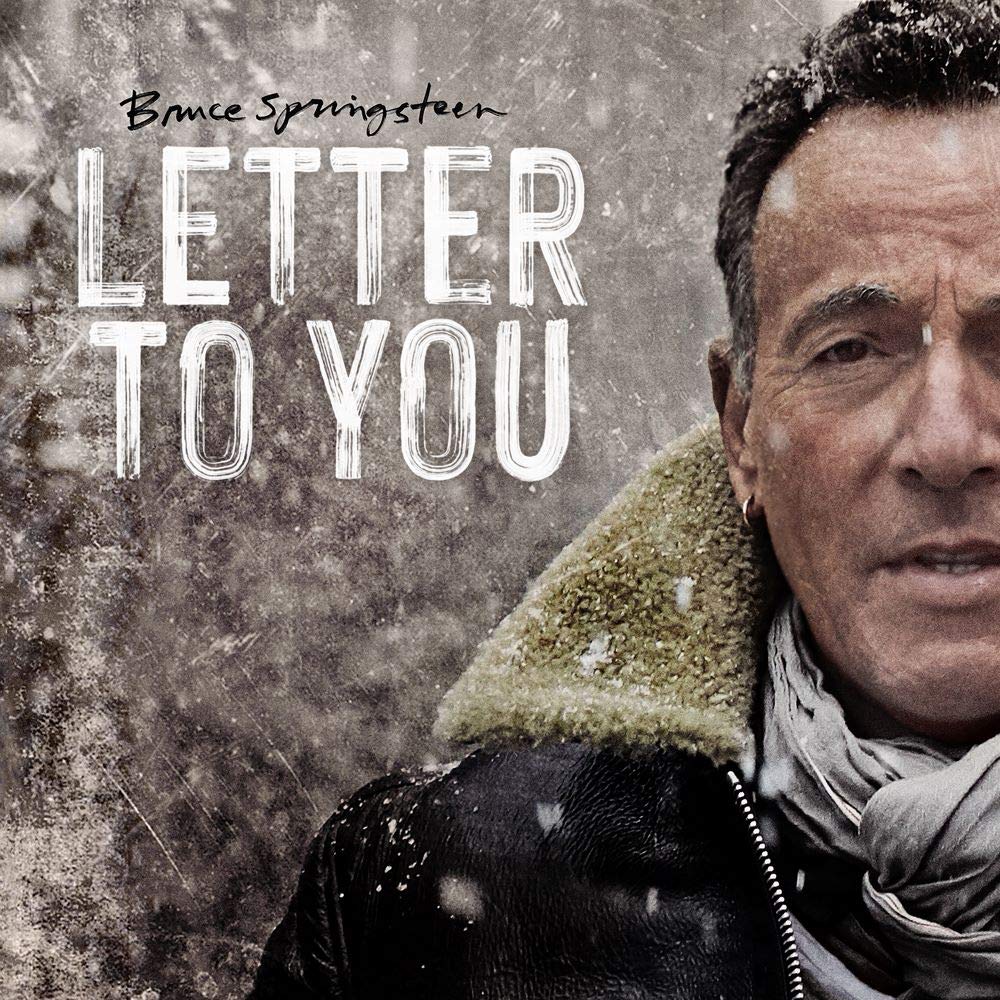 In “Letter to You,” the title track from Bruce Springsteen’s upcoming album, he sings about writing a thoughtful missive in “ink and blood.” Those two ingredients, which work together to propel his willingness to pour his heart onto an empty page, have fueled so many great Springsteen songs, and on “Letter to You,” it’s the earnest way he uses those tools that makes the song so affecting.

Springsteen said that he and the E Street Band recorded the Letter to You album in a raw burst of energy over five days and didn’t even bother trying to spruce it up with overdubs. So “Letter to You,” the song, comes across urgent and sincere. Springsteen’s voice sounds comforting and comfortable, like lived-in leather, as he sings about opening up his soul, but what makes it electric is the way it sounds in and of the moment. One of his signature “hyuh” exclamations bursts through his lips after the first verse and when he sings about “the dark evening stars and the morning sky of blue,” the last word comes out in a falsetto as “bloo-hooo,” and even he sounds a little surprised.

The most interesting thing about the song (other than his commitment to the postal system at a time when it’s in peril) is the way Springsteen sings about exploring his inner self without truly divulging all that much. He considers “things I found through hard times and good,” and in the chorus, he sings, “I took all my fears and doubts … all the hard things I found out … all that I found true and I sent them in my letter to you.” But he never fully details the particulars of what occurred to him during his dark night of the soul. In the song’s video, the only time he puts pen to paper is when he writes out the tune’s chord changes — but then, that’s the power of ink and blood.

The song’s sentiment comes through in his voice and in the way the E Street Band effortlessly plays the track’s rootsy guitar and piano lines and swinging rhythms. (There’s even a Wall of Sound–style crackalack deep in the mix at the two-minute mark, since that sort of filigree is just second nature to this band.) Springsteen may never fully reveal himself, but the song still feels like a full picture because of the way he and his bandmates trust in themselves and each other musically. The emotion they summon is enough to get Springsteen’s message across.