Posted by Green on March 8, 2019
in folk
as Bill Pritchard 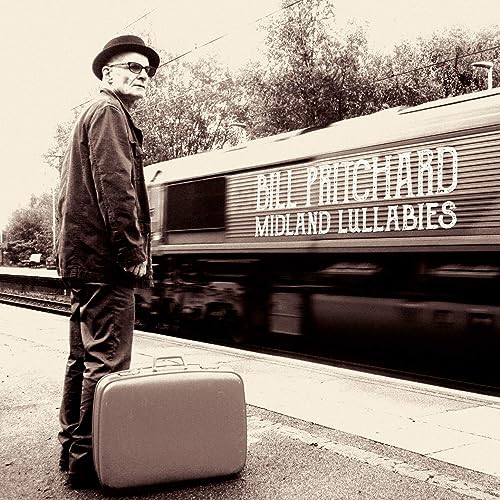 Some time ago… “The J.D. Salinger of pop” was how Rolling Stone France described Bill Pritchard after the release of “Mother Town Hall” in 2016, while the Editor of Rolling Stone Germany made “Mother Town Hall” his “Album of the week” – just a few of the many accolades heaped on Pritchard’s last record. Then there was the reissue of the now legendary album ‘Parce que’ which Pritchard recorded with the much missed Daniel Darc. It too was feted by – among others – Le Monde, Le Nouvel Obs, T l rama, Les Inrockuptibles and Lib ration. And now… ‘Midland Lullabies’ This is the album Pritchard always wanted to make .Why? Because he always wanted to make a mark as a ‘shabby suited crooner’. ‘Midland Lullabies’ is songs from the Midlands about continental issues bathed in a crooning, piano drenched style that Pritchard has been perfecting over two years! Complete with sumptuous, at times almost Brechtian strings. We visit ‘Iolanda’ a tragic Parisian heroine who you could meet in the newsagents in Wednesbury or in a cemetery in Montmartre. Hey Iolanda, eat your curly fries and celebrate! On ‘Forever’ you may ask yourself: Are you in Shibuya, Hamburg or Birmingham or just inside Pritchard’s head? ‘The Last Temptation of Brussels’! Well, there is a plaque about the fight between two symbolist scribblers in Brussels. Is Pritchard recounting French poetic history or his own? Or is it all just 60’s swagger? Whether Pritchard is riding ‘a scooter bathed in pink’ or watching life changed by thoughtless intent, even if he listens as ‘Lucifer sings on an out of tune piano’, he always keeps his dream of writing the perfect pop song alive. On ‘Thanks’ Bill tells us about ‘photo shutters in black and white, an image of the door to the moon’. Has he been staying in the Beat Hotel? Or rather ‘The Waggon and Horses? Whatever! What a beautiful, plaintive, almost mystical song ‘Thanks’ is. Produced again beautifully by Tim Bradshaw, Pritchard says that from the very outset he insisted on a stripped-down sound, utilising Tim’s brilliant, subtle and sympathetic piano interpretations of his songs. They know each other so well!