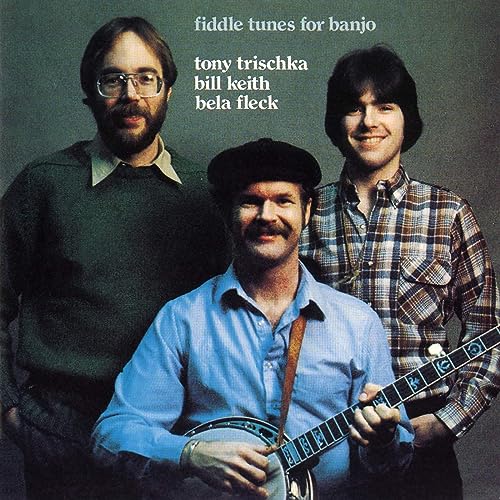 What unites these three banjo players Tony Trischka, Bill Keith, and Béla Fleck is their shared status as stylistic innovators on an instrument that, to most people, embodies strict traditionalism. There’s still debate as to whether Trischka or Keith originated the “melodic” style of bluegrass banjo playing, one which tends to follow the melody exactly and fill in the spaces with scalar embellishments, rather than hitting occasional melody notes from within cascades of arpeggios, as is the practice in traditional, Scruggs-style picking. Neither Trischka nor Keith has proved willing to claim precedence over the other, so the debate may never be settled. At the time of this recording, Fleck (who would later go on to great fame playing a sort of banjo-based jazz fusion) was a young player expanding the boundaries of the Trischka/Keith school. The banjoists take turns leading separate groups through bluegrass standards such as “Black Mountain Rag” and “Fiddler’s Dream,” as well as unusual fare like the Irish tune “Paddy Kelly’s Jig.”