Posted by Green on April 6, 2021
in rock‘n’roll, rockabilly
as Bill Haley & His Comets 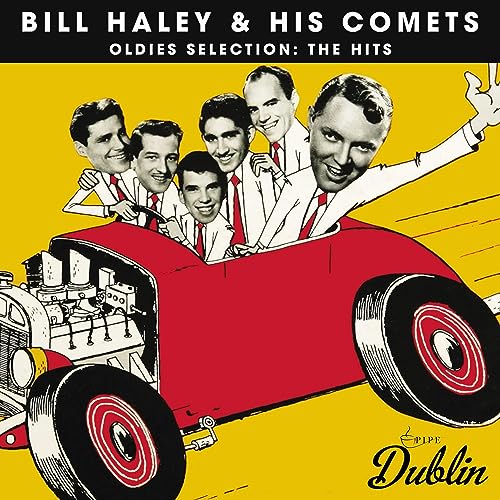 Bill Haley is the neglected hero of early rock & roll. Elvis Presley and Buddy Holly are ensconced in the heavens, transformed into veritable constellations in the rock music firmament, their music respected by writers and scholars as well as the record-buying public, virtually every note of music they ever recorded theoretically eligible for release. And among the living rock & roll pioneers, Chuck Berry is given his due in the music marketplace and by the history books, and Bo Diddley is acknowledged appropriately in the latter, even if his music doesn’t sell the way it should. Yet Bill Haley who was there before any of them, playing rock & roll before it even had a name, and selling it in sufficient quantities out of a small Pennsylvania label to attract attention from the major labels before Presley was even recording in Memphis is barely represented by more than a dozen of his early singles, and recognized by the average listener for exactly two songs among the hundreds that he recorded; and he’s often treated as little more than a glorified footnote, an anomaly that came and went very quickly, in most histories of the music. The truth is, Bill Haley came along a lot earlier than most people realize and the histories usually acknowledge, and he went on making good music for years longer than is usually recognized.