Posted by Green on July 31, 2018
in alternative rock, roots rock
as Ben Vaughn 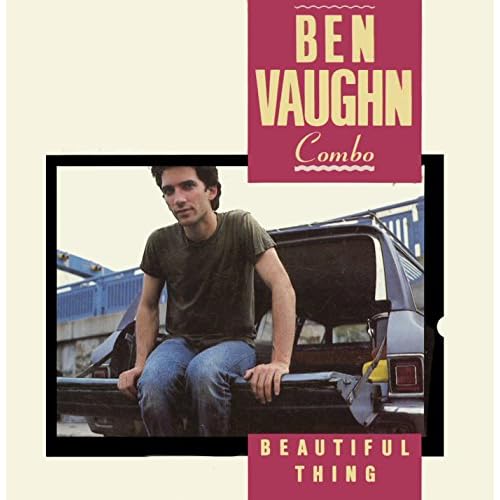 When the first song on your album is called “Jerry Lewis in France,” you may have some trouble convincing folks that you’re not joking, but though Ben Vaughn has never had a problem with putting his sense of humor up front, it’s his craft as a songwriter and clear love of pop music in all its guises that makes his records work so well, and he rarely hit the target quite as true as he did on his second album, 1987’s Beautiful Thing. Vaughn and his combo certainly sound fine on these sessions, cutting a commanding groove on the uptempo R&B workout “Gimme, Gimme, Gimme,” offering up some bongolated folk-rock with “The North Wind Blew,” and making with a stein of potent frat rock on “She’s a Real Scream,” and Vaughn and his compatriots have a deep enough grasp of rock’s history to not clutter up the arrangements. The tunes on Beautiful Thing never hit harder than they have to or take up more space than necessary, and their modesty only adds to their effectiveness. And for a guy who is supposed to be a barrel of laughs, Vaughn knows more than a little about the serious side of love, as he demonstrates on the soulful closer “Apology Line,” the all-but-awestruck “Beautiful Thing,” and the lovelorn “Big House with a Yard.” No, Ben Vaughn isn’t joking — he just knows that sometimes life can be funny for all the right (and wrong) reasons, and he and his band share some valuable lessons and fine tunes on Beautiful Thing.