Posted by Green on November 1, 2020
in bluegrass, country
as Becky Buller 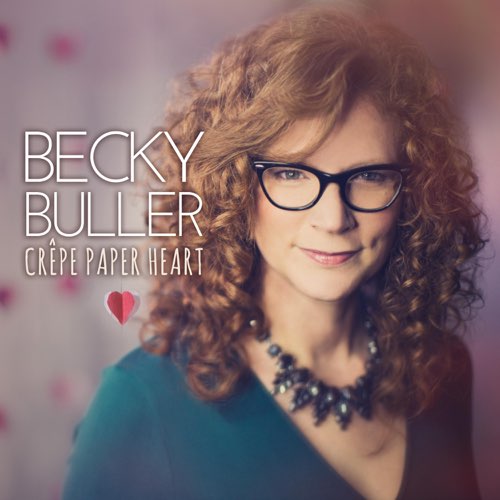 Dark Shadow Recording delivers a singing bluegrass Valentine with the release of Crêpe Paper Heart, the label’s second solo album from 2016 IBMA Fiddler and Female Vocalist Of The Year, Becky Buller. This collection features new songs from the pen of Buller (2015 IBMA Songwriter Of The Year) and her co-writers, performed by past and present members of her ridiculously talented road band, along with an award-winning line-up of guests, including Grammy and IBMA award winners Rhonda Vincent, Sam Bush, The Fairfield Four, Rob Ickes and more.

“It wasn’t supposed to take this long,” said Buller, alluding to the four years lapsed since her DSR debut recording, ‘Tween Earth And Sky.

“But so much good life got in our way!” she continued. “And I’m glad we took our time rather than rushing just to get something out. This album completely changed in character from what we originally planned it to be: we leaned more heavily on my road band; we were able to connect with The Fairfield Four and our other wishlist of special guests…. I’m so proud of it. I sincerely hope you enjoy the new tunes.”

“Becky Buller is a force of nature and her road band is built of serious musicians, all chomping at her heels,” said producer and DSR label head Stephen Mougin.

“On this project, we really wanted to showcase the sound that the audience gets to hear, while maintaining a platform for Becky to collaborate with heroes and friends. In digging through Becky’s phenomenal songwriting catalog, we paired down a substantial list into a collection that represents the flavor of her touring group and highlights her powerful fiddle and vocal prowess. Becky always strives for perfection and class, driving those around her to do the same. The new album shows that in spades! Dark Shadow Recording is proud of Becky and her accomplishments and proud to be a part of Crêpe Paper Heart.”