Posted by Green on May 30, 2019
in Uncategorized
as Be Bop Deluxe 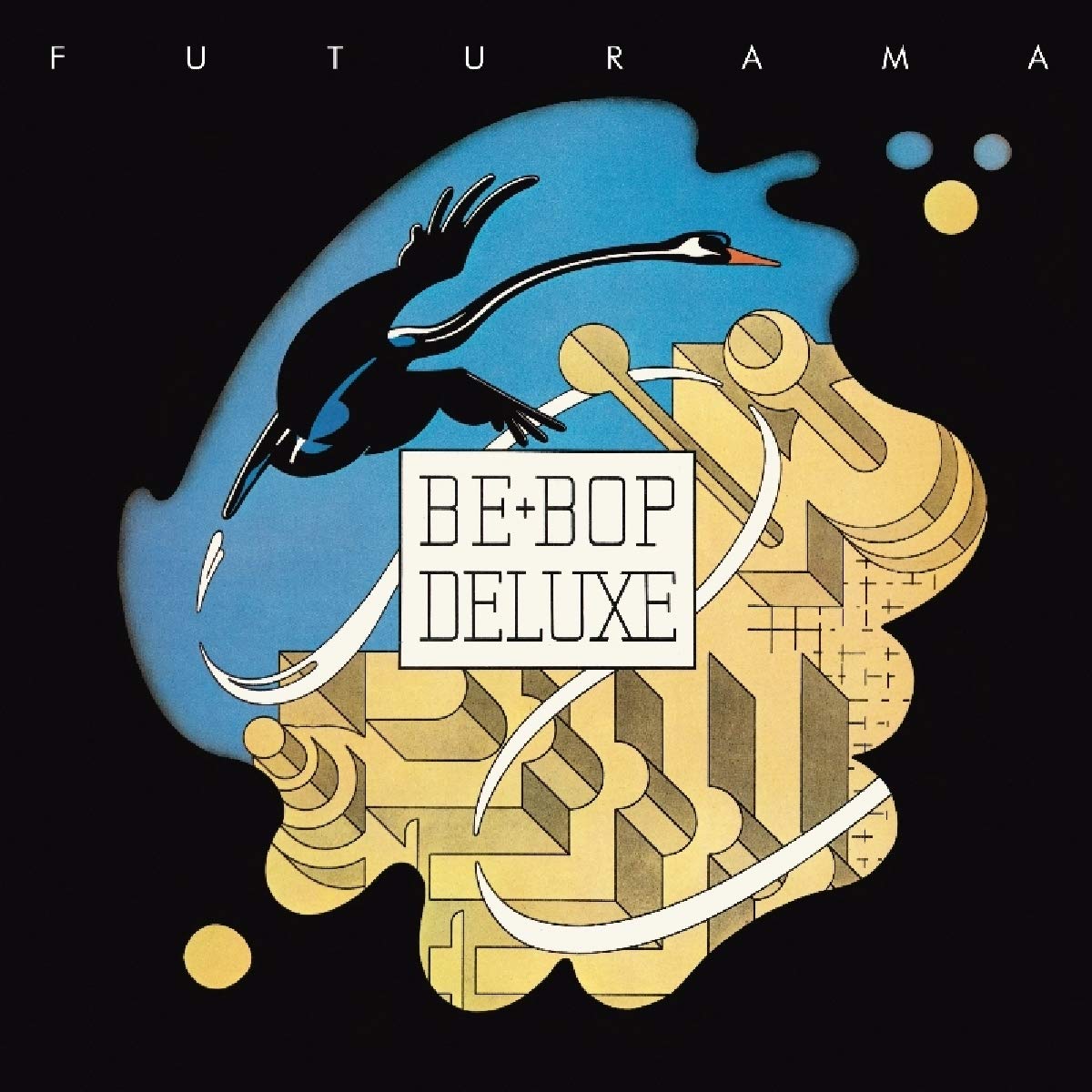 Esoteric Recordings is proud to announce the release of a new re-mastered and expanded 2 CD edition of FUTURAMA the legendary 1975 album by BE BOP DELUXE. Recorded in the first two months of 1975 at Rockfield studios (with some sessions also taking place at SARM studios in London), FUTURAMA was the second album by Be Bop Deluxe and the first to feature the line-up of BILL NELSON (vocals, guitars, keyboards), CHARLIE TUMAHAI (bass, vocals) and SIMON FOX (drums). Produced by Roy Thomas Baker (who at the time was also working with Queen), FUTURAMA was an album of immense musical inventiveness and creativity and was a huge leap forward in creative terms for Bill Nelson. The album gained much praise thanks to Bill Nelson’s composition skills and his highly innovative guitar playing. Featuring such wonderful material as ‘Maid in Heaven’, ‘Sister Seagull’, ‘Music in Dreamland’, ‘Sound Track’, ‘Between the Worlds’, ‘Jean Cocteau’ and ‘Swan Song’, the album would see Be Bop Deluxe heralded as one of the most accomplished acts of 1975. This expanded reissue has been newly re-mastered from the original master tapes and features an additional 15 bonus tracks drawn from some stunning new stereo mixes from the original multi-track tapes by award winning engineer Stephen W. Tayler, a previously unreleased out-take from the album sessions and rare single tracks. The set also features a booklet which restores the original album artwork and includes previously unseen photographs and an essay of recollections by Bill Nelson. This re-mastered and expanded edition of FUTURAMA is a fitting tribute to a fine band, the creative vision of Bill Nelson and a wonderful album.