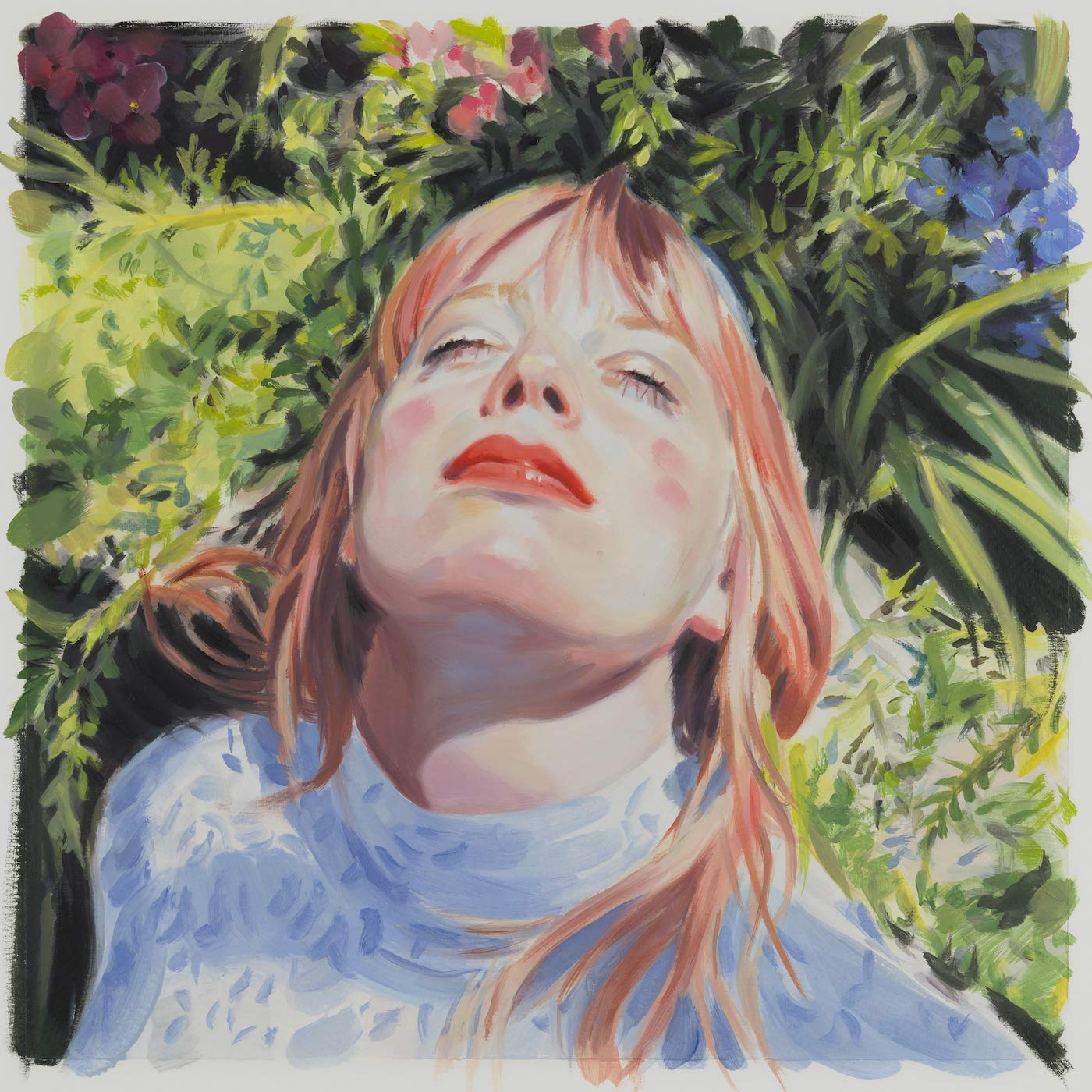 Again produced by Jim James with two tracks featuring him on guitar, Bulat’s fifth album, on which she plays guitars, piano, organ, synthesizers and harp, came together between both the depths of grief and the highs of elation, marked by the loss of her father and falling in love, leading her to tell James she wanted to make a record about compassion.

Recorded partly in Joshua Tree and Montreal, nine months apart, while her early folk sensibilities are still evident, “Are You In Love?”, with its electro textures, is probably her poppiest release. It opens with the crashing chords and initially spoken vocals of the slow swaying and soaring title track calling to mind the 60s dramatics of the Shangri-Las before settling somewhere been Piaf and Parton, new multi-instrumentalist husband Andrew Woods providing the keyboards and Mojave field recordings on a song expressing the exaltation of falling in love.

The first introduction of electronics come with, aptly enough, Electric Roses, a shimmering, atmospheric ballad about being who you are and what others want that underscores the controlled power of her voice as it builds into the chorus, a tremulous warble evocative at times of Natalie Merchant filtered with hints of Nana Mouskouri. There’s more electro-tinged pop with Your Girl, a number written in a Montreal snowstorm and recorded under a desert sun that has a decided swirling Fleetwood Mac feel and which, a song about being let down by a lover (“Broken glass and broken hearts today/Broke the promise you should not have made”) she describes as expressing the sense of relief at being free from a painful situation while still holding it as a memory.

The tempo shifts for Light Years, waltzing on the offbeat with echoey vocals on a song about how, no matter how far you go, no matter how much you seem lost, you’re never that far from where you belong, before, extending the theme, she hops genres for Homesick, a strummed intro giving way to another rush of 60s Spectorish girl group pop before she turns down another path with the Parton-resonances of the near chamber pop and background peals and trills of Hall of Mirrors, another number reflecting on not losing touch with who you are (“Are you lost? Who will you see if you look back?).

The wash of keyboards suggesting a sea of strings, I Believe It Now offers a brief transitioning bridge into the country towering torch balladry of No Control with thoughts of Maria McKee or Terri Nunn on the title refrain as Bulat’s voice soars on a number about keeping faith that, there is still the prospect of spinning love into gold even when “the tide turned against me” and it seems you are powerless to hold on to it.

Another number about the hurt love can bring, Pale Blue reins things back in with a steady slow-walking beat, warbly delivery and piping keyboard figure intermittently squeaking behind the instrumentation, then comes one of the album’s strongest numbers, Almost Forgiven, the Mojave wind enlisted to provide the swirling effects to a song about reconciliation and forgiveness, no matter how long it takes.

With its shuffling drums and almost Theremin effects, The Last Time, another love on hiatus number (“Please don’t stay/We know that it wouldn’t be right/Old mistakes/We’re playing them night after night”) returns to Fleetwood Mac shapes, this time more Nicks than McVie, the initial low key setting suddenly transforming into a sonic mountain crescendo in the final minute. It’s back then to a shimmering breeze and Partonesque tones with the open heart ambiguity of Fables as, featuring her autoharp, she sings how “Stories fail you when you’re grown” and colours fade, but “My love for you is bold, take it all”, only to temper it by asking “How long can I be golden? If stories I’ve told can’t save my love?”

The album closes, though, on a hymn to the healing power of love and how “You fall apart when you fall into it” and “Diamonds in the dust still/Sing into the dark” with Love Is At The End of the World, starting out softly with a simple piano run but gradually adding layers until climaxing in a fireworks display of instruments and effects. Are you in love? She asks. You will be – with this album.