Posted by admin on September 27, 2020
in folk, singer-songwriter
as Adam Holmes 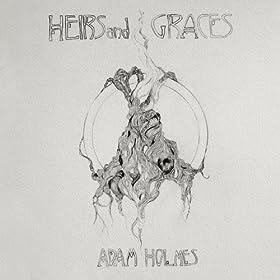 The 23-year-old Edinburgh-born singer/songwriter is one of the brightest rising stars on the Scottish music scene, with influences from either side of the Atlantic. Mixing trad, folk and Americana, Adam has been steadily building an impressive musical reputation. A finalist in numerous award competitions including BBC2 Young Folk Award, he was recruited by traditional firebrands Rura, with whom he still tours. He formed his own band the Embers in 2013 to tour and showcase his own songs.

Produced by music legend John Wood, who brings his signature balance of space, perspective, clarity and warmth to Holmes’ debut, the album features 10 original songs, with lyrics that resonate like old folk songs, set to melodies rooted in haunting slow airs. Thoughtful, composed, with a hypnotic melancholy, the lyrics and vocals are very much shaped by Holmes’ own accent. Front and centre is his distinctive, seductively compelling voice, both fervently tender and huskily careworn.